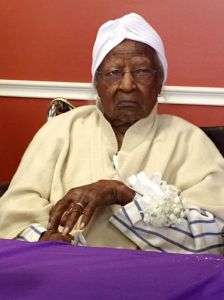 I came across two stories this morning about uncommon longevity. There’s Jeralean Talley, a Michigan woman who is celebrating her 116th birthday this weekend, making her the oldest person in the world. Then there’s Mark Behrends, of Nebraska, a relative youngster at 110, certified as the oldest guy in the Cornhusker State.

These stories are always uplifting and you can’t help but feel great for these so-called Super Centenarians. The aspect that always fascinates me, however, is the section on why they think they’ve lived so long, aside from the obvious reasons of not standing in the path of an angry elephant, wandering blindfolded into a shooting range, or yelling Sean Hannity’s name in a crowd.
In Ms. Talley’s case, she cites the fact that she fishes once a year, bowled till she was 104, is happy and leads a pretty calm life.
On the other hand, Mr. Behrends is thrilled to claim he owes his longevity to his routine of quaffing a beer every day.
It got me wondering exactly what the secret to long life is because there seems to be no rhyme or reason to it, aside from the pragmatic theory, and probably the right one, that genetics has a lot of say in the matter.
In the past I’ve read stories of centenarians who brag they either smoked every day of their adult lives, had lots of sexual partners, did whatever the hell they wanted with no regard to how long they’d get to do it before their life’s curtain fell. 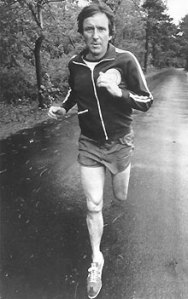 The textbook case of “it doesn’t matter” is that of the late Jim Fixx. His book “The Joy of Running” was credited with starting the jogging craze. Indeed, at age 52, while jogging, Fixx died of heart attack. Guess jogging’s not the answer.
Certainly there are things you probably shouldn’t do if you hope to lead a long life. The person mentioned earlier notwithstanding, smoking will kill ya. So will overusing any sort of drug or alcohol and allowing yourself too much stress, since that put a real strain on your heart and circulatory system.
It seems the common denominator here is simply feeling good about your life, doing what makes you happy, having loving people around you, and not falling victim to second thoughts.
For some that’s a pretty tall order, since many of us take great joy in being miserable, at least part of the time.
I really don’t know what the secret is but I’m not one to disregard results. So starting tomorrow I’m going fishing and bringing along some beer.