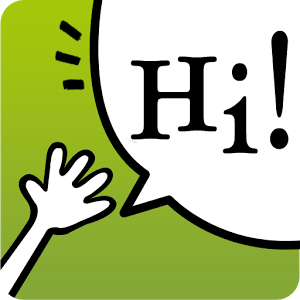 I consider myself a pretty friendly person, always armed and ready with a “hi” for anyone I pass. But while taking a short walk with my son at a nearby park, it became evident that the simple salutation comes in many forms, and not always in the spirit of the greeting.

The usual M.O. is this: as you realize you are about to cross paths with another human, or group of them, you quickly size them up as to whether or not you will greet them and, if so, the degree of enthusiasm your “hi” will be. If it looks like the person or persons just decided rainbows are synonymous with chain restaurant salad bars, perhaps only an imperceptible grunt is in order. If it appears as if the couple just reenacted their honeymoon, then a bright smile accompanying a big, rousing, “HI!” is appropriate.

Today my son and I encountered a young couple who appeared to have just emerged from a manhole. Ostensibly in their late 20’s or early 30’s they were as unkempt as a third tier presidential candidate after a debate and just as surly. Nevertheless, we followed established hiking trail protocol and attempted a courteous, if not overly energetic “Hi!” The woman completely ignored us as the guy growled something that was unintelligible but more than the one syllable “hi” would require. My best guess was his rejoinder to our greeting was “yeahwuhuhhuhbrabwahfoo.”

On the other hand, my wife and I have been utterly delighted on several consecutive weekends to encounter a flotilla of Japanese canoeists passing us as we paddled along the Huron River. The occupants in the three boats never fail to wear big smiles and return our sincere “Hi’s” with even bigger “HIs!!!!”

We’ve been tempted to act out our hidden Joey Tribbiani from the old show “Friends” by changing it up and asking “how YOU doin’?” Luckily we’re strict “Hi”constructionists, which should be fair warning for anyone considering hitting us with a brazen “good morning,” or “nice day.” Our motto: “Just pass by. Just say hi.” Bye.