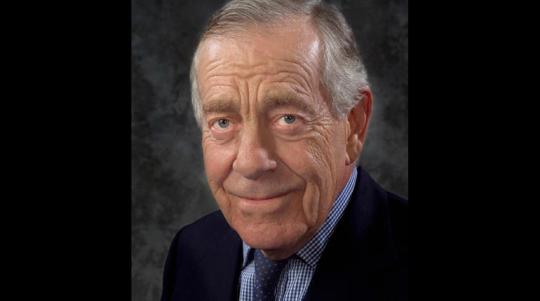 Last Sunday my eyes teared up as I watch the retrospective of Morley Safer’s career on “60 Minutes” on the occasion of his retirement. Who knew he would pass from the scene only a few days later.  Oh, my verklempt moment had nothing to do with him packing it in after a million years on the air. It had more to do with the perfection of his writing. Marrying his avuncular narration with video, writing short sentences, masterfully using the medium to tell a compelling and memorable story. For any of us who write for television, Safer was one of a very few to whom we could only hope to emulate, and never quite get there.

My tears were also drawn by the realization the art of television writing is becoming a lost one, as stations and networks rely on extemporaneous live reports that escape thoughtful writing and critical editing. Expediency and penny-pinching come with a high cost. Skilled television reporters and writers are being forced onto the street and replaced with so-called “citizen journalists,” bloggers and social media gadflys who may not have had the experience or training, learning the vows of the holy matrimony between words and video, economy of narration, video storytelling. Much too often I see scripts from wannabees and hacks who bang out words having never looked at a frame of video figuring the editor “will find something to cover that line with.”

I learned the hard way. I started my broadcasting career on the radio and eventually migrated to TV. The first time I handed a poorly written script to an editor who saw no relationship between the available video and my words he spat to me, “you realize, asshole, I don’t have one shot that matches what you wrote! Look at the damn video!” Those words have stayed with me to this day and I’ve passed them along to subsequent offenders.

I was blessed during my 20 CNN years to work mainly with one shooter to the point where we knew each other so we would each come up with lines and shots that matched perfectly, always avoiding the dreaded generic “wallpaper” shots that offer no value to the story.

In my capacity as Head of Digital Communications at Fiat Chrysler Automobiles, I’m a constant drumbeat to our video producers to write tight, look at the damn video before writing and make certain pictures and words are in complete lockstep. It’s a continuing battle but one that is in hand.

Which brings me back to the genius of Morley Safer, for whom this marriage was sacred…and one on which he never cheated. The same could be said of the late, wonderful Bruce Morton, whose verbal dexterity was a key driver of my decision to enter broadcast journalism. 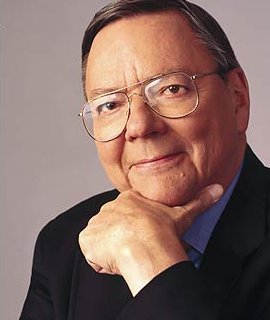 Sadly, as the Safers and Mortons pass from the scene, the beautiful art of television journalism is fading from the scene as well…and that brings tears to my eyes.