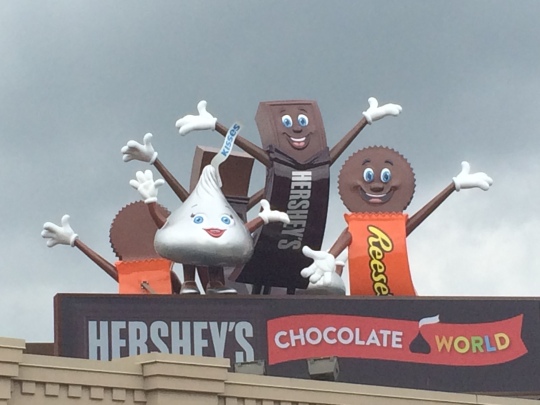 Just returned from a short vacation to Pennsylvania that combined the celebration of the maker of sweet Kisses, with paying homage to a most bitter event in American history.

Not surprisingly, the crowds at the former far surpassed those at the latter, but then again, at the end of the virtual tour of a Hershey factory you’re handed a free sample–a tiny Hershey bar.
After touring the solemn battlegrounds of Gettysburg, you’re left with bewilderment at the magnitude of death and hatred fellow Americans leveled against each other. In this disgusting election cycle, that philosophical battle is fought between candidates and between their supporters and detractors with lethal vitriol in both social and mainstream media.

In the course of 24 hours and about 40 miles, we visited both the Valley of Death, seen from the summit of Little Round Top where visitors reverently took in the enormity of the horrors that occurred there, and Hershey’s World of Chocolate, where thousands of chocoholics jammed the massive visitor’s center to join the free tour to see how Hershey bars are made, and to buy key rings and earrings and other tchochkes that look like Kisses and Reese’s Pieces. 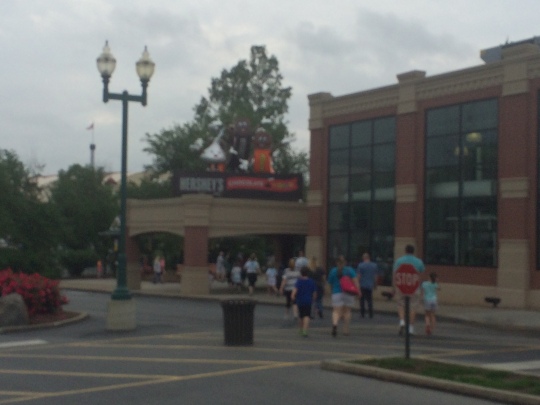 Don’t get me wrong. I take no fault at enjoying the kitschy  town that Milton Hershey built and dedicated to celebrating his namesake brand. What’s not fun about chocolate? We enjoyed our visit very much. I think what I appreciated the most, though, was learning that Mr. Hershey, in creating Hershey, PA, did not want it to be just another company town that amounted to little more than a barracks for his workforce, but a living community with services that enriched the lives of his employees and their families. 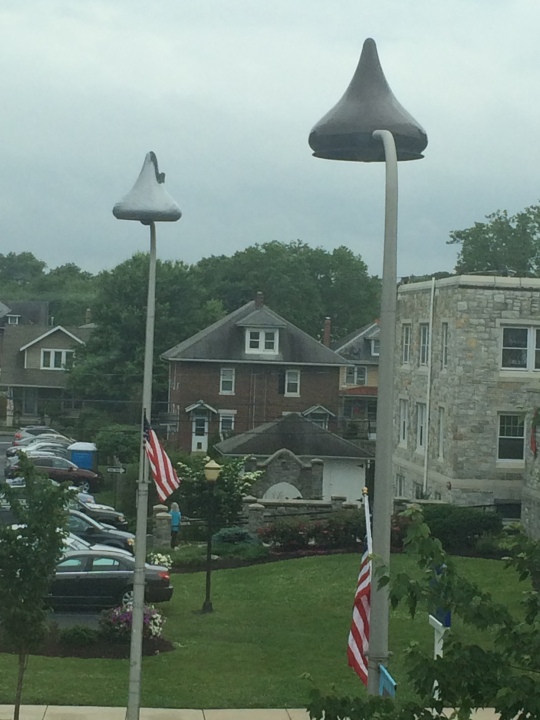 Diverting from the main drag of Chocolate Avenue, with its Hershey Kisses-shaped streetlights for the benefit of tourists, Hershey’s vision is evident with modern schools, recreation areas and beautiful homes and gardens. All financed by the world’s collective sweet tooth. 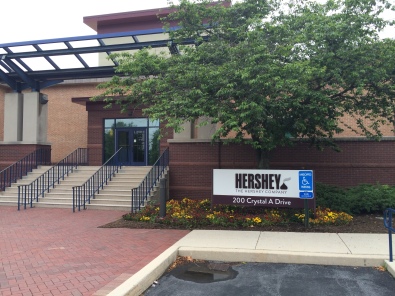 But it is also heartening to know the crowds in Gettysburg were as ardent in their reverence and curiosity with regard to the pivotal Civil War battle. Sure, you can buy any number of Gettysburg souvenirs and stay at the Gettysburg Battle Field Resort, which bothered me for some reason. Smiling selfies taken overlooking the scene of massacre are regrettably de rigueur for those who just revel in the view and not the scene. 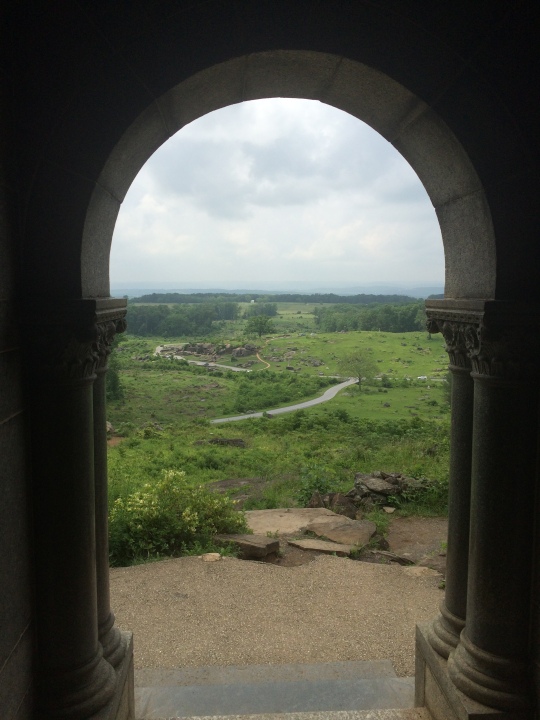 I think of what Union Brig. Gen. Gouverneur K. Warren thought when he stood in about the same spot as this statue of him on Little Round Top and saw the valley undefended against the Confederates. 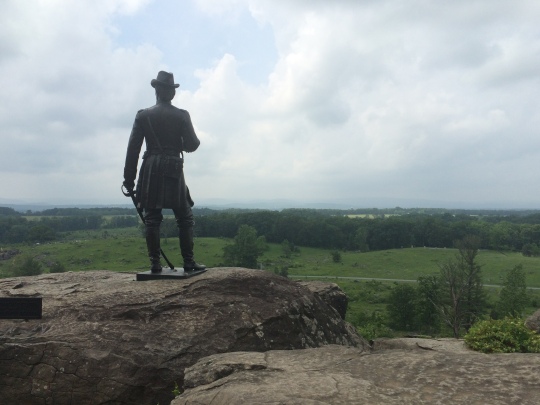 History records he quickly sent a message to the top brass to send in some troops, which they did. But man, that moment could really have benefitted from a quick break…for a Hershey Bar.