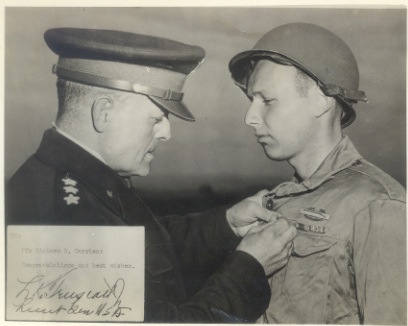 My father was a war hero who captured a house of 52 Germans by speaking Yiddish that the idiots thought was Deutsch.

He was a chemical engineer who worked on piping for nuclear power plants and factories that made Nestles chocolate and all the fluids produced by Dupont and Union Carbide that either keep your car from overheating or providing an alternative to panty hose.   In spite of his heart condition he taught me to drive…then he taught me how to curse at other drivers, but never give the finger. Both hands on the wheel, you know.

My father was pretty quiet but was a master punster. He despised country music and at the very mention of it he’d affect a twang and sing his own terrible corn pone verse:  “She fell down the sewer, and they called it sewer-cide.”

Of course he was a great husband who schlepped 90 minutes each way into Manhattan from our Queens home on bus and subway  to make a good living. He often didn’t arrive home till after 8 p.m. but he still had time to help me with my math homework since I was as hopeless with numbers as Stevie Wonder with watercolors. 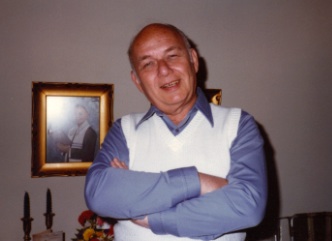 My dad was a great practical joker who hated cigars. When a guy lit one up in our little apartment during a card game, he shot it out of his mouth with a rubber band. Oh yeah, he was an excellent shot with a rubber band and taught us the secret to give it some extra zing. I’m not sharing, just in case you light up a cigar in my house.

In his later years he was the captain of the condo shuffleboard team and led it to the Greenacres City, Fla. championship 3 times. 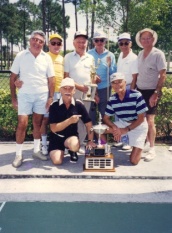 One of his proudest achievements was when he served on the condo board and scored a water fountain for the shuffleboard courts. He’d beg you to take a drink. The fountain dispensed the coldest, clearest water and he’d smile as he watched you take what he knew would be a satisfying sip.

The last time I saw him was during a visit in March, 2007, two weeks before he died unexpectedly two days after his 85th birthday.  This photo is the last one I took of both my parents and my family.

But the last image I have of him was sadly waving goodbye to us as we pulled away in our rental car to head to Palm Beach International Airport for the flight back to Detroit. Didn’t realize then he was saying goodbye forever.  My mom passed away nine months later. Cherish each day with your parents. You never know when that goodbye wave is the final one.