Note: no time to read? Link to podcast below

Here’s a riddle? How many brands does it take to screw up a light bulb? Answer: All of them! Here’s the situation. Tried to buy a light bulb lately? I did and my brain blew. Let me, er, illuminate the issue. Old days: Her: “Hey honey, the bulb in the bathroom blew. I need a 60!”

Yeah. Like that. We moved about 7 months ago into a house with about a million lights. Some are in the ceiling, some hanging from the ceiling, some are bulbs, some are floodlights, some are fluorescent and none are the same. Some have standard bases, some have candelabra bases, some look like a grown-up bulb, others are little bitty appliance size. I could fill up a footlocker with every permutation of illumination this house requires. 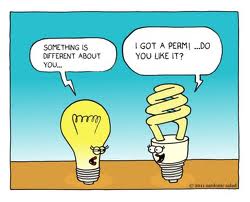 So we go to the nearest big box discount store to score some squigglies, technically known as CFLs. None. Go to another. None. Go to one leading home improvement store. None. WTF! I thought squigglies were supposed to supplant bulbous bulbs..the ones with filaments that sear your fingers..that incandescents were going to be as dead as Edison. Yet, there they were, looking smug on the shelves where squigglies once sat. An online search then revealed it’s lights out for squigglies because they contain mercury, which can kill you, so bulby-bulbs ain’t dead yet. BUT..they’re losing ground to bulby-looking LED bulbs which are supposed to last like a million years and burn cooler, making them better than incandescents, except a dozen of them cost the same as the monthly power bill for all of Akron.

We finally found some squigglies at another home improvement store and thought we were good until, wonder of wonders, all the squigglies available were 2400K and not the 5000K we required. 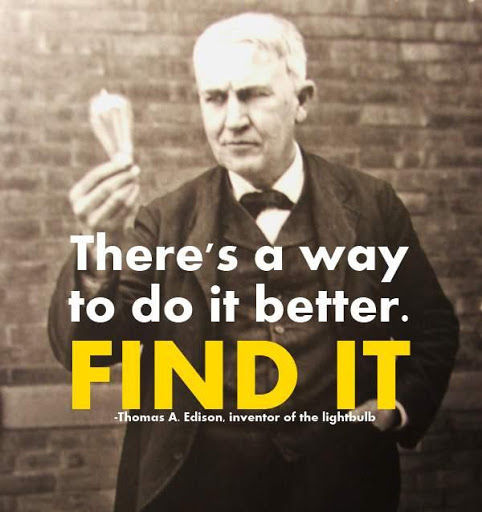 At this point I’m tempted to boycott bulbs completely and head to Yankee Candle where I can stock up on a couple of cases of Marshmallow Vanilla Madness tapers and pillars and go completely “Little House on the Prairie.” Maybe if enough people did that a bulb would go off in the heads of the manufacturers on how to go back to one standard. For godsakes…make it easier for us humans..to replace our lumens!