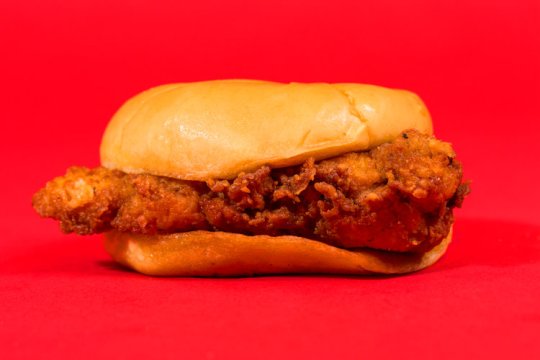 I woke up this morning to read about a stampede of sheep lining up to eat chicken. Here in Detroit people are used to working hard to put food on the table but I would suggest, the meal they got yesterday wasn’t worth the laborious multi-hour wait in line for a breaded chicken sandwich. 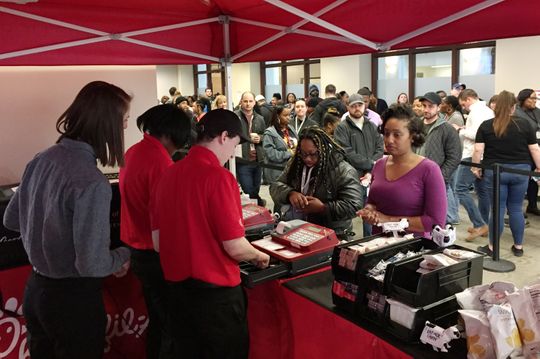 I truly believe it’s Atlanta’s lingering revenge for the work of General Sherman. He burned that southern city long ago, and now it’s returning the favor to us Yankees by luring us away from work, play, families and good health with the scourge called Chick fil A.

For a few hours Wednesday the chain of chicken joints opened a pop-up version in the lobby of the Chrysler House–a downtown Detroit office building. Long before the doors opened the lines began to form with those who had never sampled the stuff along with those who are addicted to it. Only two cashiers were on duty to handle the hundreds of hungry Chick fil Afficiandos. 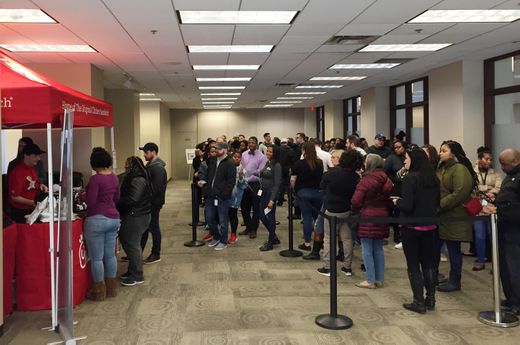 I lived in Atlanta for 8 years and yes, we stopped at Chick fil A from time to time but we much preferred a chain called Mrs. Winners for our chicken fix. The biscuits were as big as cat’s heads and the chicken was to die for, since the greasy, delicious barnyard bird would surely hasten one’s demise, but who needs to live that long anyway, right?

Let’s get real. A Chick fil A sandwich is a breaded piece of chicken with a pickle on top on a very ordinary bun. The chicken does taste pretty good, but worth wasting one’s limited time on Earth waiting for it? I don’t think so.

In Chick fil A’s hometown, the lines were about the same as you’d see at any fast food place. Here in Michigan, at the very upscale Somerset Collection mall, the lines at the Chick fil A in its food court inexplicably snake around and around while other vendors sadly sit with no one to serve. I’m always tempted to hang around with a camera hoping to catch someone in imagined rapture after taking that last bite, sighing, and lighting up a Lucky to complete the act.

I have another beef with aforementioned chicken place. When I lived in Atlanta and working for CNN, there was a Chick fil A in the commercial atrium at CNN Center. Many of us belonged to the health club on the lower level. Since I worked overnights when I produced the morning show, I would hit the gym when I got off the air at 9am. Did my exercises, swam my laps, knocked myself out playing racket ball, gettin’ real healthy, right? But the fumes from the damned Chick fil A wafted down the stairs, into the gym and after showering and dressing and being hypnotized by the aroma we followed our noses back up the stairs straight to the Chick fil A and promptly ordered two chicken biscuits and waffle fries. A sincere workout gone straight to hell.

Aw..what am I saying? Writing about it has my olfactory working overtime.  It was damned worth it. Gonna head to Somerset Place and get in line.