OK…what would have happened if there were stay-at-home orders during Biblical times when the Jews were trying to escape from Egypt and the Resurrection was about to happen? Yeah…I was wondering that too and here’s what I found out.

Hope you’ve all had a happy Easter or Passover. We celebrate both in our house….PEaster!  I got to thinking about what would have happened on both occasions had there been the kind of pandemic we’re all going through right now, especially with the stay-at-home orders.

Let’s start with Passover since it happened first. Of course Passover celebrates the Jews exodus from Egypt after years and years of being under brutal servitude to the despotic Pharaoh. They couldn’t make the big escape without some major assistance from the deity calling the shots in the universe. The way the story goes, the Jews were told to get moving stat before all sorts of bad things were laid on the Egyptians in the form of plagues. So they hightailed it to the desert before their bread could rise which left them with constipating unleavened substance we call matzoh. It didn’t matter because by walking miles and miles to escape, it would keep things moving–no problem. 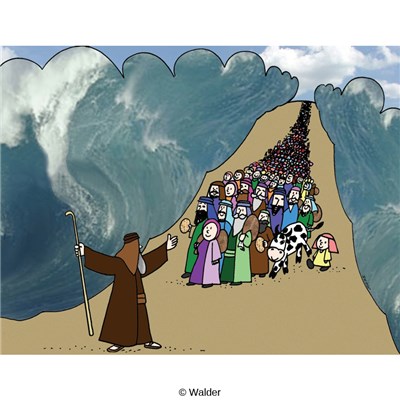 OK..here’s where the pandemic comes in. Say word got around a really contagious and deadly virus was out there and the only way to control was social distancing of Biblical proportions. Sure enough, as the Jews were about to skip through the parted Red Sea, a voice from above stopped them in their tracks.

“Just hold your matzoh balls and turn around. No one’s going anywhere!” the squeaky voice ordered.

“Who the hell are Thou? inquired Moses.

“I art Fauci, Saint of Infectious Diseases and other plagues involving bacteria and future orange-colored political hacks!” came the  reply. “The only way we’re gonna beat this thing is if everybody stays home and lets their bread rise and the pandemic settle!”

“I’m not buying it,” said Moses while the other Jews kvetched they’d be late for the falling of the manna from heaven and the start of the Mah Jong Canaan Finals.

“Look,” replied St. Fauci, “Just stick it in as an extra Commandment and when this is all over you can get a chisel and whack it out of the tablets. Can you do that?”

“Feh,” said Moses. “We were all booked on a cruise down the Jordan River and got a deal on outboard cabins. After wandering in the desert for 40 years we were entitled to an all-inclusive vacation. And they’ll never make a movie called “The ELEVEN Commandments.”

“Everybody wants to play God!” a frustrated St. Fauci declared. “I have a feeling I’m gonna be stuck dealing with people like you forever.” 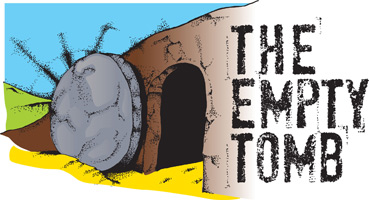 Move ahead to the New Testament and the resurrection of Jesus. We all know how that went. Three days after he’s crucified and buried in a cave the cave was suddenly found to be empty. Where’d he go? Well..to heaven.

But again, imagining a pandemic interfered with history and things may have been very different.

Just as the miracle of resurrection was about to happen, there he was again.

“OK…I hate to do this but no one’s going anywhere…especially to heaven,” ordered St. Fauci. “We’ve got a serious ‘stay at home, stay in tomb’ order to try to stop this seriously dangerous virus. And I don’t wanna hear any whining from the Romans who already have their togas in an uproar. Once we get this under control everyone can ascend, descend or disperse as they wish.”

This caused an immediate protest from Triteness Hallmarkus who had sunk much of his savings into starting a company that created a new form of wishy-washy communication called “greeting tablets.”

“Look…you can’t stop what was already in the works,” he said. “My slaves and I had already called this thing ‘Easter’ and we banged out a ton of tablets with bland bromides, bunnies and eggs and other stuff that has nothing to do with the day but look cute in order to make people want to buy them to send to other people.”

Hallmarkus was backed up by Julius Peepus who had conjured a tasty, but lethal treat in the form of little sticky chickens shrouded in sugar. “Surely, St. Fauci, you would not deprive the disciples of the pleasure of celebrating a miracle by chewing on a treat that is both delicious and dentally debilitating! No miracle, no Peeps!”

Indeed, even the Emperor Trumpus Dickheadius chimed in, dismissing St. Fauci as “some guy from the Bible…I think the Book of Paranoia. I gotta IX a.m. tee time and a Caesar Salad waiting for me.”

Of course, there was no pandemic, both Biblical events did happen and we get to celebrate the holiday of our beliefs. But poor, poor St. Fauci. He’s still fighting off an orange imbecile trying to play God.