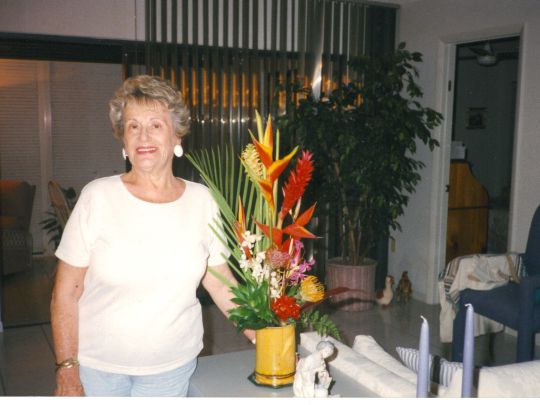 Growing up in New York City in the ’60’s I was a devoted follower of Sandy Becker. He hosted a kid’s morning show for years on then WNEW, Channel 5. Live, from 8 a.m. to 9 a.m. Two of his most popular characters were puppets Marvin the Mouse and Sir Clyve Clyde, which were voiced and operated by Becker. A daily feature was for Sir Clyve to  place a phone call to a lucky kid whom he interview on the air.  The kid’s reward was a Marvin the Mouse puppet.

My mother, who once had aspirations of a singing and acting career, was a typical stage mother. I..at the tender age of 6, was so shy, I hid in my room when we had visitors. Nevertheless, she sent in my name and I was chosen as the next day’s lucky kid. The producer said we’d get a call about 5 minutes to air and that we should just stand by until we hear Sir Clyve/Sandy’s voice begin the short interview.

Sure enough, the next day our phone rang and the producer gave us the five minute warning. I hung onto the phone until I heard Sir Clyve say in his British accent, “Well good morning 6 year old Edward Garsten from Bellerose, Queens. How are you?” I froze. Thrusted the phone into my horrified mother’s hands. For that split second there was dead air until my mother gamely got on the phone and put on her most childish voice. She was in her mid-30’s at the time.  “HI!” she replied emphatically.” “I’m good!”  Sensing something was up, Sandy/Sir Clyve reacted with, “My, my Edward. You have a strong voice for 6!”  “Thank you,” my mother replied. “What grade are you in, Edward,” Sir Clyve asked.  Shit. My mother momentarily forgot, but the trouper she was, came up with the correct answer. “Well….,” she stalled. “I guess, first grade.”   Sure,  now Edward was a fraud and employing an understudy, Sandy/Sir Clyve wrapped up the interview. “I say! It’s been a pleasure speaking with you Edward. Thanks for watching our show!”

Before we could hang up the producer came back on the line sounding a little confused, saying, “uh, pretty good interview. Thanks a lot. We’ll send you the Marvin the Mouse puppet. Just need your address.”

After we hung  up, my mother looked at me with that, “what the hell just happened?” face. But she knew her youngest son. So shy. Such a loser. Well, she tried.  It was OK. Mom got some free air time, playing a 6-year old.

A few days later the envelope arrived. In it was the Marvin the Mouse puppet. I tore it open and stuck my hand up Marvin’s back and showed my mother. She smiled as she said, “I think that’s mine.” Then we both had a pretty good laugh.  Miss her.