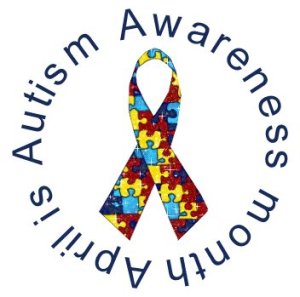 On April 16, 1984 our first child was born in Decatur, GA. Via c-section because he was breech. Because of the anesthesia I didn’t get to be in the delivery room but at 9:54 a.m. a very southern Dr. Brooks came out to the waiting room and she chirped to me, “it’s a boy and he’s got all his parts!”

Good news. Just the way we ordered him.

But he didn’t have all his part. Parts of the puzzle that create a perfect mental picture were missing.

He didn’t play the way other babies played. When I through a ball he didn’t attempt to catch it, he just let it fall. He began to speak at the age when other babies begin speaking but then he stopped—for two years.

Our pediatrician had no idea what the problem was. Then I read a review of the new movie “Rainman,” which described the traits of Dustin Hoffman’s autistic character and then I knew.

Before we could seek treatment CNN transferred me to Detroit. By then Greg was ready to enter kindergarten. But it didn’t work out. He disrupted the class and was assigned to another class in another school where other “problem kids” were shunted off away their peers.

After a battery of tests conducted by the intermediate school district he was officially diagnosed as “autistic impaired.”

It wasn’t a surprise, but it was devastating to us. Even in 1989 not much was known about autism and it wasn’t yet championed by celebrities whose kids suffered from the same condition.

We lived in a rented a place in Farmington Hills, a Detroit suburb while we waited for our house in Atlanta to sell. Desperate to hang onto every revenue-producing student the Farmington Hills school district dragged their feet in bussing Greg to Birmingham, which had an established program for autistic children.

We were actually shown a padded room and told he could “cool down” there. That was their idea of special education.

We went through the maddening and disrespectful Individualized Education Planning Committee meetings which are supposed to result in a sold plan for special needs students. Instead they exposed the fact that in many cases school officials are not educators but ruthless and spineless bean counters. Members of the IEPC think of every excuse they can to deny services to which special needs students are entitled strictly based on expense.

We were desperate. After interviewing then-Michigan Governor John Engler for CNN, I took the unusual tactic of handing him a letter and telling him, “we need your help.” Someone from his office called my wife and explained it was too sensitive a situation for the guv’s involvement.

We then took legal action and settled with the proviso our son would have one more year in Birmingham and then we’d either have to move to that city to keep him in or look for an alternative.

Birmingham’s a nice community but it wasn’t for us. Luckily West Bloomfield had established an excellent autistic program and we moved there.

Our son thrived and was actually mainstreamed throughout his school career with some support, but one thing that never changed was the reluctance to provide appropriate services. Indeed because he high-functioning teacher and counselors who answered to the bean counters all but labeled a child with a lifelong disability a low-achieving slacker who just needed to be pushed.

I tell you this because mental health remains a pariah, a pain in the ass, a budget sucker in the education system. While it gives me some pleasure to see autism awareness growing as a result of many, many caring people and the efforts of celebrities who have the power and pull to gain attention for their pet causes, I urge parents and caregivers to remain strong, demand services and know your child or any other family member afflicted with this wicked condition will need some sort of support forever and don’t let the government or education system get away with denying it. Ever.