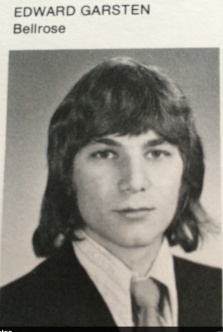 The boys grew Beatle hair to look cool and hide their pimples. The girls started growing the parts that made the boys act very un-cool and realize how much less mature they were than the girls. We weren’t old enough to drink alcohol but at 13 our bodies and minds were starting to go through the hell called puberty, intoxicating us with thoughts of adult pleasure, or at least a decent makeout session and maybe copping a feel.

It was 1965. We were in Junior High School. Specifically, JHS 172 in Queens, N.Y. It was a rough school in a suburban neighborhood. Every classroom had at least one broken window and for those of us who passed the test in 6th grade allowing us to skip from 7th to 9th grades, we risked getting the crap beat out of us by jealous 8th graders and 9th graders indignant their ranks were poisoned with younger “maggots,” the term used at the time to describe overachieving pre-teens—at least in our neighborhood. Indeed, when the announcement was made on the PA that beloved woodshop teacher Mr. Feuerstein passed away, our science teacher, “Killer” Kowalski deadpanned, “better him than me. Go to Chapter 7.”

There was a girl in our little group named Paula. She was too independent to go steady. Popular, but not snobby. Just cute enough for guys to covet her but not developed enough for the tough guys to hit on.

Paula threw parties in the basement of her house. They were fairly civilized with soda, chips, records playing and a little bit of dancing, although most guys our age were either too shy or clumsy, so the girls mainly danced with each other.

At some point we played a kissing game called “School.” The boys sat in chairs along the wall. The girls got in line and one by one they sat on a boy’s lap and kissed…on the lips! If the boy liked the kiss he’d say “fail” and the girl would have to keep kissing him. If he didn’t, he declared, “pass,” and the girl moved on to the next pimple puss. The problem, besides being very demeaning to the less desirable girls (in the eyes of the idiot boys), was when it was Paula’s turn, none of the guys would let her pass. She was that good a kisser. At some point she would simply tell the horny boy she was dropping out and moved on to the next guy. This really held up the line and the poor girls stuck behind Paula would get pissed off and attempt to “fail” to not only get their fair share of action, but to put some space between them and Paula.   Eventually the game ended and so did the party. Most of the guys knew they wouldn’t even get close to kissing a girl on the lips until the next party and the forced lip-locking of “School.” In case you’re wondering, we did not play “Spin the Bottle.” It simply left too much to chance.

I don’t know what pre-teens do at parties today. I’m guessing it’s a lot of texting with everyone’s noses in their smartphones. Maybe video games and tossing down snacks from Trader Joes, washed down with an energy drink. Oh sure, there’s probably some fooling around courtesy some helpful hints from the Internet.

For us, 50 years ago, it was simply enough for our libidos to learn from our dad’s Playboy magazines, dirty jokes….and spending some time at Paula’s parties, when “School” was in session.