Haven’t written for a bit. That’s because I was on vacation so I let my brain take a breather too…while marinating in various brown elixirs that generally mix well with pretzels and smoked meats.

With that in mind, I want to discuss holes in the ground. Specifically, the holes we stick people in when they draw the ultimate short straw. This macabre subject came to mind as our travels took us to Jamestown, New York. It’s where Lucille Ball was from and where she currently, and eternally, resides.  We noticed the cemetery where she’s buried is right off the Interstate 86 so we decided to pay homage.

A series of red hearts helpfully painted on the cemetery road directs you to the Ball family plot. I didn’t get a photo of that because it was too silly. 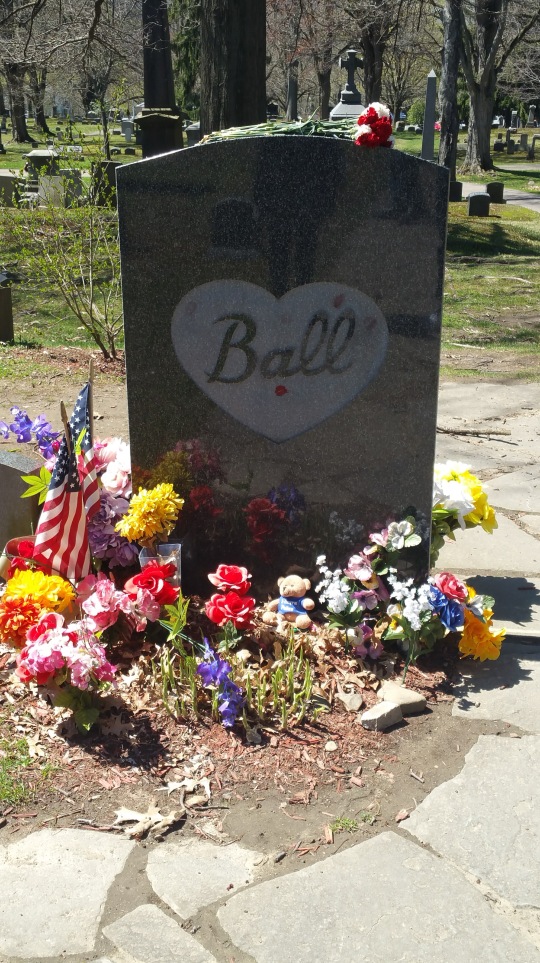 If you look closely, there is humility in death. Though Lucy was a huge star, she does not warrant top billing on the family stone since she was not the first to “arrive” at this spot, preceded by her parents, grandparents and father’s brother. 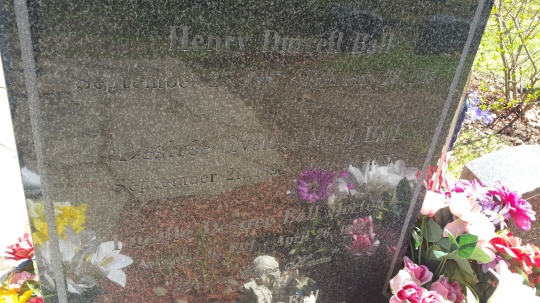 Indeed, when she died on April 26, 1989, she was cremated and first interred in Forest Lawn Cemetery in California, but in 2002 her kids moved her ashes to the family plot in Jamestown. 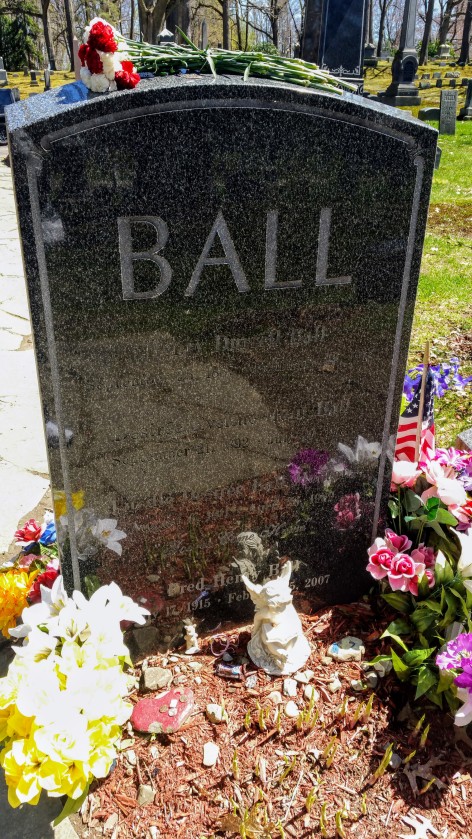 As we quietly stood by the plot and thought about how much laughter Lucy had given the world I couldn’t help wonder about this whole business of visiting graves. We use the euphemism of a person’s “final resting place,” but if they were actually “resting” does that mean when the person is refreshed they’d get up and go to dinner or take a walk? Of course not. A half-empty approach would be to quote Newton’s First Law of Motion that states “a body at rest will remain at rest unless an outside force acts on it.” I have a feeling there is no outside force that will reverse the effects of one’s final “rest.” Push it, pull it, cajole it, sneak up on it. Nothing’s happening.

Then I wonder what’s really down there that we’re visiting. Lucy’s ashes, someone else’s bones, worms, bugs?

I live in Michigan. My parents are both buried in Florida.

Every year I travel down there and “visit” them. It makes me feel better even though I know the scientific truth of what lays below my feet. I let them know what’s happened in the family over the past year and I imagine them either smiling, frowning or asking me if I’ve eaten. It’s OK. To not visit would seem like I was abandoning them and that, I just couldn’t do. You don’t think of what’s in the box, because that would be horrible. But you know that’s as close as you’re gonna get to their last known location and somehow that’s comforting.

By visiting Lucy’s last stop, it was a way to honor a talent…someone who made the world a happy place and deliver your thanks for the laughs..in person.