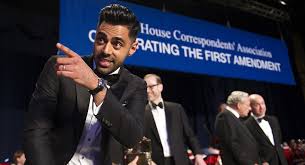 I wasn’t invited to the White House Correspondents Association Dinner, but then again, the President wasn’t there either. So I thought I’d’ make believe I was invited to give the closing monologue. I expect the same uncomfortable silence the actual comedian usually receives.

Good evening everyone. As I stand here at the podium I can only imagine you’re thinking to yourselves, “jeez, give the poor midget a box to stand on.”  That, followed by “uh…like, who the hell is he?” I’ll help you out on that one. Well, no I won’t. You’re all reporters. Figure it out yourselves. Perhaps you can file a Freedom of Infotainment request for the anti-Semitic consultants report on me when I was a weatherman at KGUN in Tucson, Arizona that complained when I used the word “spritz” on the air, it was, uh, “too Eastern.” Yeah…Eastern European. Ashkinazi.

Of course the real reason we’re here tonight is to celebrate the First Amendment and denigrate those who would impose limits on this most basic inalienable right. That would be the current occupant of the Oval Office. It’s the perfect place for him since he’s absolutely obtuse.

I won’t waste precious time and space taking repeated shots at the President although it  would be somewhat satisfying seeing him bleed from his heart or his, wherever.

I would like to spend my time with you tonight to discuss the the First Amendment and how similar abuses of it are eerily similar to the way the Second Amendment is misinterpreted and bent to suit the desires of some.

OK. Both good laws. The first one guarantees the right for us to shoot off our mouths, even if we sound like incoherent or insulting idiots. The second protects our right to own weapons of crass reduction, and strict constructionists might argue it gives us the right to shoot off someone’s else’s mouth, in self-defense.

Many people who do not own guns do own mouths. In some cases, they are the more harmful since they often indiscriminately fire off volleys of invective, bigotry, lies and pervasive puns without regard as to whose ears they may land upon and cause great emotional harm. Perhaps they should not leave the house before putting on an oral safety. On the other hand, there are those who own both guns and mouths. I’m guessing the vast majority are sports men and women and use their mouths to holler, “Ah seen a buck. Bang!  Deaaaaddd!” However there are others who use both the First and Second Amendments as the means to advocate putting no limits on what types of weapons can be sold, especially those with the sole purpose of hunting humans, for which there is no designated season or license you can buy at Walmart or sporting goods stores. You are permitted to wear blaze orange at will, but not really cool at a Bar Mitzvah.

I have been a journalist in TV, radio, wires, newspapers, and the web for 45 years and can honestly I never felt my First Amendment rights were being infringed upon even when an editor slaughtered what I thought was frothy word play. I’ve never owned a gun, other than a Daisy air rifle and it was pulled from my cold, muddy hands by my mother because I kept using it to shoot dirt clods at the kid next door because he had a horrible crew cut and thought he was Leslie Gore.

So I close reminding all of you we must never loosen our grip on the freedoms given to us by men with wooden teeth and steel balls. Should those rights be threatened by someone,  do not hesitate to raise your Daisy air rifle, and fill their pants with dirt. Thank you.