Back in 5th grade I was cast as the Cowardly Lion in our class’s production of the Wizard of Oz. Not because I was a coward, but because I was brave enough to attempt belting out “If I Only Had the Nerve” in an auditorium packed with my judgmental peers and their parents, who secretly hoped my voice would crack or I’d fall off the stage and smash  the piano.  Yeah..that’s me in the photo below. First schnook on the right in the first row.  Mane made of yarn..tail cobbled together by my Boy Scout brother with rope. The basic outfit was a set of pajamas in my dresser the same color as a bald lion.

Yes, it took some balls, and maybe a dash of rashness, to get up and do that, and the experience stuck with me, because I built my career on a simple willingness to try something new, never fearing failure, because you have nothing to lose by giving something a shot.

Without being too self-serving, most every job that represented some major move for me came as a result of looking for opportunities to grow and succeed.  I auditioned for a weekend weather job at a Tucson TV station, never having done a weathercast in my life. Got the job. Took a job producing television newscasts having never produced a newscast, because, what the hell, I could get a six-grand raise. First show? Reagan gets shot. Trial by fire! Yes! It led to getting hired as one of the first producers to launch CNN’s second network, CNN2, now HLN. Oh…took a reporting job at a newspaper having never worked at a newspaper, and was hired to start Chrysler’s first blog, but I’d never blogged. It morphed into a senior management position over the course of almost 11 years.

You get the idea. What I’m leading to is I read all these stories and posts about how to handle job  interviews..both as a candidate and as a manager. Oh, there are boilerplate questions such as greatest challenges, strengths, weaknesses, blah, blah. What I never see are questions regarding one’s courage. How willing are you to try something new, break from the mold, take risks, stand up to those who would attempt to drag you into doing the same damn thing, the same damn way.

Those who can convince me they’re fearless…not careless…are the kinds of folks I want on my team. I was blessed with a team at Fiat Chrysler that never once in the ten years we were together said “no” to at least trying a new idea. Some worked, some didn’t but we learned from every experience, sometimes using that knowledge to create something better. Yes, despite significant pushback from some, we brought then-emerging digital communications techniques to the department.

By the same token, if you’re a job candidate, when it’s your turn to ask questions, quiz the interviewer as to the company’s courage..how open it is to new ideas. You don’t want to work somewhere that still believes the best way to communicate is by fax.

How often are we hard-pressed to succeed and put forth new ideas when others attempted to thwart our efforts through their own cowardice and jealousy?  Indeed, over the years at many different workplaces, one no doubt encountered co-workers and managers who haven’t had a new idea since deciding to go from white to rye for their daily tuna sandwich.

Cowards are death to any organization that thrives on moving forward, on fostering creativity and bolstering worker morale. Cowards are useless wastes of space and resources and should be swept from the payroll immediately.  They will only hold you back and piss you off.

You wanna work for me? Have the skills, experience and work habits the job requires and the courage to challenge every pre-conception and past practice to take the type of chances that will make us winners…together. 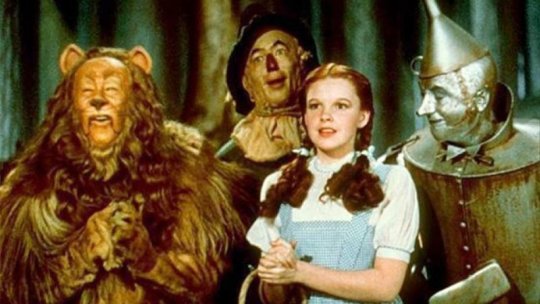 Think about it. If the Cowardly Lion was too scared to join Dorothy, the Tin Man and the Scarecrow on the Yellow Brick Road to meet Oz, he might never have found the nerve he had in him all along.