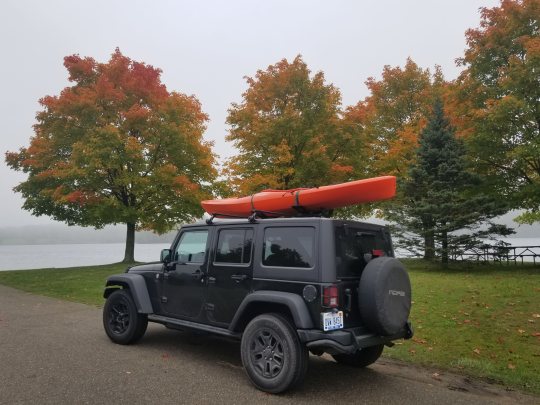 I hate waking up to idiocy, but today I did. It was a story in the Detroit Free Press discussing so-called “death wobble” in Jeep Wranglers. The story is based on testimonials from some Wrangler owners that if you hit a bump at a high speed the steering wheel will shake. At least the story correctly explains the Wrangler has a solid front axle which is less forgiving than the independent front suspension. The Wrangler is equipped with such an axle because the Wrangler is designed to be a superior off-road vehicle and solid axles perform better than independent front suspensions when a vehicle is taken off road.

What the story doesn’t talk about is the fact that many Wrangler owners should not own one.  So I’ll do that. Oh, thousands of folks aspire to a Wrangler because they look cool and when you pass one on the road the driver will often give you a little wave. What anyone who covets a Wrangler must do before buying one is drive one and know it does not, and is not designed to, provide a cushy, comfortable ride. I know. I own a 2013 Wrangler Unlimited Moab Edition. Some members of my family called it the “back breaker,” while others have dubbed it the “jaw rattler.” When I pull up to give them a ride, you can see their faces drop knowing they will be experiencing a journey destined to churn their insides and maybe loosen the change from their pockets. I’ve made a few bucks from all the quarters I find under the back seat!

“Why? Oh why did you buy this shaky buggy?” I’m asked. It’s easy. I like to drive where I like to drive and obstacles, rutted dirt roads and remote two-tracks amuse me. My kayaks look cool when I pop them on top and my skis and hockey gear fit nicely in the back and I can take them wherever the hell I want.  I don’t care much about shiny vehicles. I do like to have fun, and mud on the fenders and gook in the tires are evidence I just had some. Floating on air is not my style. I like to feel the road.

I knew this going in. This is my fourth Jeep, but my first Wrangler and the only one I consider an actual Jeep. I drove one around for many miles and the more bumps and dips I felt the bigger my smile got. That Wrangler has more rock and roll than Cleveland and as much soul as Motown.

So if you’re looking for a smooth, comfortable ride, do me a favor. Don’t buy a Wrangler. Let it sit on the lot waiting for someone who appreciates what it is and what it isn’t. Death wobble? Ha! That’s the Wrangler saying “let’s have some fun!”