Detroit resident Evetta Osborne, (right), works side by side with her daughter, Monique Watson, at General Motors’ Detroit-Hamtramck assembly plant where the two have installed the lithium-ion battery pack on nearly every Chevrolet Volt, Opel Ampera, Holden Volt, and Cadillac ELR since production began.

GM’s announcement this week that it plans to close several assembly plants has me feeling extremely sad for all those affected and I wish them well, and it also has me thinking about some people I’ve met and experiences I’ve had visiting a number of auto factories during my 30 years of covering the industry.

I’ll start with a couple of the doomed GM plants. First, Detroit-Hamtramck. During my 12 years as CNN Detroit Bureau Chief and Correspondent, we visited that giant factory several times, but were only allowed to shoot assembly line footage once. That was in 1989. That stuff had to hold us for a long time because every time we mentioned that plant or GM production workers, that’s all the footage we had. But as you know, things change quickly in the auto industry and the models being built in ’89 weren’t the same as those moving down the line in subsequent years. In fact, we used that stuff so long we wondered if the line worker featured in most of our closeups was still alive. We assumed he wasn’t, and so that stock footage was named “Dead Guy.” When it was time to use the footage in a piece, we’d just mark on the script, or tell the video editor, “Dead Guy.” Yeah..news people can be cruel. 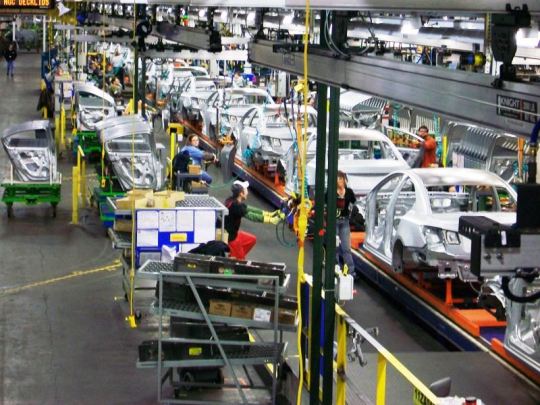 Another GM plant scheduled to close is in Lordstown, Ohio. Lordstown is a big ol’ plant that specializes in building small cars. Ahead of the 2003 contract talks, I took a ride over to Lordstown to prepare a set-up piece for The Detroit News. Got to the local UAW union hall where I was to interview some of the factory workers about their feelings going into the talks and what they hoped they’d gain from GM. After the formal interview I had a side conversation with one of the older workers due to retire.

He mentioned some of the vehicles built over the years at Lordstown including the disastrous Chevy Vega. I told him I had owned a 19474 Vega. The gentleman’s smile quickly disappeared. He clenched his teeth and peered directly into my eyes and his voice took on the tone of someone shocked at hearing of a sudden death in your family as he said, “Ed. On behalf of all the men and women here at Lordstown Assembly, I offer you our deepest apologies.” Apology accepted! We then took a quick moment, started laughing and said in unison, “yeah, what a piece of shit.”

On an assignment to a newer plant down south operated by a foreign automaker I ran into the head of human resources who, at that moment, looked pretty dismayed. The occasion was the Job 1 ceremony for a new pickup truck. I won’t reveal the name of the automaker because my story might cause some heartburn, or at least embarrassment and that’s not my purpose. The plant was fairly new and was still ramping up its staff, including assembly line workers. So I asked the nice HR lady how it was going. She thought for a moment, shook her head and said, in her nice southern accent, “weelll, not so good. Damned idiots forget what they’re doing and keep leaning on the brand new trucks with their stupid belt buckles and scratch ‘em all up!” I asked why they weren’t placing protectors over their buckles as is the practice in every other plant. “Wellll,” she replied, “they say ya cain’t see the pretty buckles if you put ‘em on.”  Cain’t argue with dat. And thus the industry’s belt tightening continues. 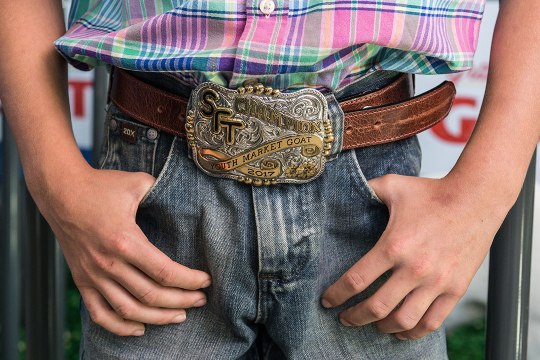