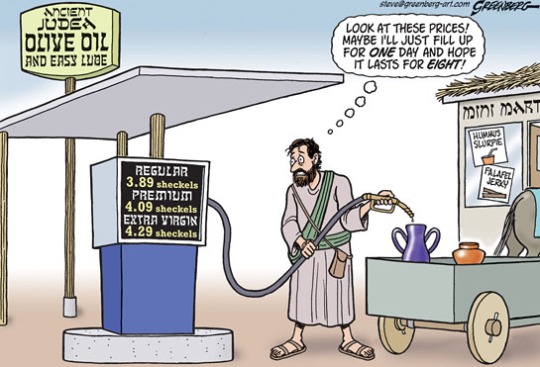 On the first night of Chanukah my true love gave to me..

A sandwich of hot pastrami

On the second night of Chanukah my true love gave to me..

On the third night of Chanukah my true love gave to me..

On the fourth night of Chanukah my true love gave to me..

On the fifth night of Chanukah my true love gave to me.. 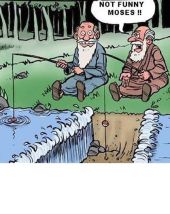 On the sixth night of Chanukah my true love gave to me.. 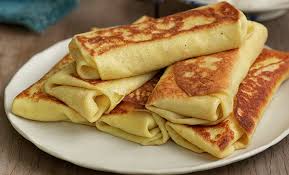 On the seventh night of Chanukah my true love gave to me.. 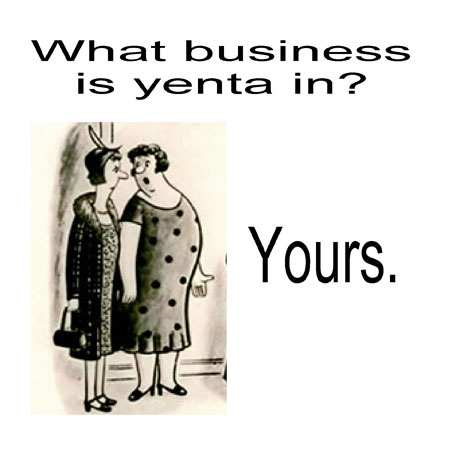 On the eighth night of Chanukah my true love gave to me.. 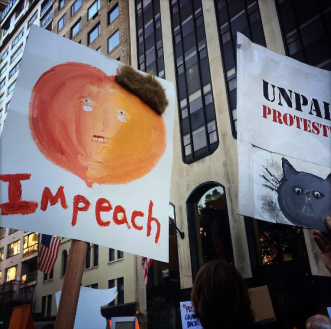 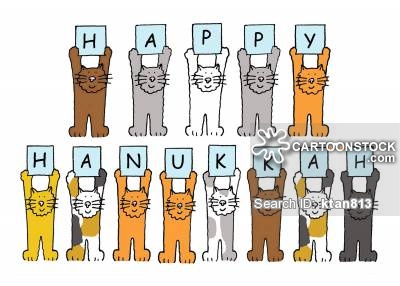 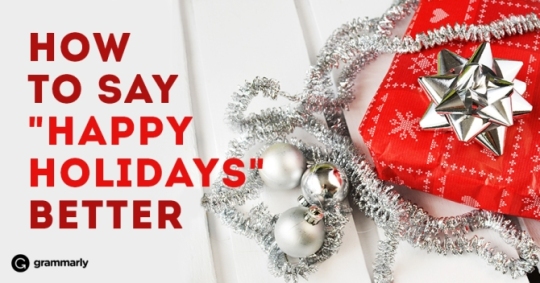 Go ahead and wish me a “Merry Christmas.” I don’t mind. I’m not Christian but I’m OK if you want me to have a merry day on your holiday and share your joy. Of course I’ll then ask you not to mind if I wish you a “Happy Hanukkah” during the 8 days we celebrate our holiday. After all, why wouldn’t I hope everyone, of every faith, feel good about one of the best come-from-behind victories of all time as well as a miracle I doubt even David Copperfield could pull off, and transfer those good feelings to their own lives and experiences.

Of course, if you don’t want to play that game, when we’re not certain which holiday someone celebrates, or if we’re sure the other person doesn’t celebrate our holiday, why not spare each other the discomfort or embarrassment and use the greeting that best enunciates what we’re all hoping for each other, “Peace..and health.”  Peace and health to you all. That should about cover everyone. 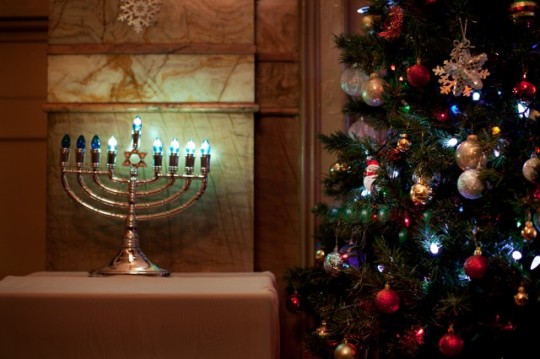 It happens every few years. Christmas and Hanukkah occur at the same time leaving families like mine with the vexing issue of how much surface space to grant each holiday’s symbols.

At first blush, the Christmas tree has a built-in advantage being taller and broader than a menorah, unless, of course, one installs a traditional candelabra that’s roughly the size of street lamp. Such a flaming behemoth is possible, but if it’s anything like the street lamps in our community, there’s no chance they’d stay lit for 8 crazy night, or even a long weekend.

Christmas seems to require a lot of hanging stuff. There are ornaments and tinsel on the tree, wreaths on the front door and smaller ones on the walls. I’m guess one of the Three Wisemen worked for the power company, because who else would gin up a scheme to bump up their Christian customers‘ bills by finding a reason for them to burn up megawatts by hanging a billion little lights on one’s dwelling and tree.

At one time, as a Member of the Tribe, I took umbrage that Hanukkah was totally overshadowed by Christmas. As my Protestant wife constantly reminds me, “you keep telling me Hanukkah is a relatively minor holiday, so stick a latke in it and relax.” Well, that’s totally true, but my riposte reminds her how the world goes bananas with over the top decorations, songs, sales, commercials and fruitcakes over a holiday celebrating the birth of a person in December that actually occurred in the summer. Apparently, this is done because who ever dreamed of a sunny Christmas? Indeed, celebrating Christmas when its triggering event really happened, would screw up a songbook full of odes to winter and snow and sleigh bells. Besides, Santa would have to change his mode of transportation to a Ski-doo, putting innocent reindeer out of work, in favor of a pod of grinning porpoises.

Hanukkah? It happens the same time every year on the Hebrew calendar on the days the defeat of the Maccabees and the miracle of one night’s worth of oil lasting 8 really happened. But since that calendar is based on the orbit of the moon around the Earth, the months are only 29 days and you add an entire month during leap years, so that’s why it seems to jump around our Gregorian calendars.

Getting back to the original premise, the holiday that’s celebrated months after the event   it marks gets lots of stuff and is a major contributor to the bottom line of millions of businesses. Hanukkah, is celebrated when it really happened, but gets a candle holder and maybe those cardboard letters that spell out “Happy Hanukkah” you string across a window. Merchants selling said cardboard letters and boxes of candles make a few shekels on the day, as well as delis hawking potato pancakes

We do our best to give each holiday its proper due in our house. There’s no disputing Christmas, regardless of spiritual and commercial timeshift, is more demonstrative. Hanukkah, with its eight flaming sticks of wax, has a potential to be more destructive. Nevertheless, it make perfect sense for our menorah to live peacefully next to a Christmas symbol that, in another language, could very well be a landsman…you know..Tannenbaum. Nooooo? 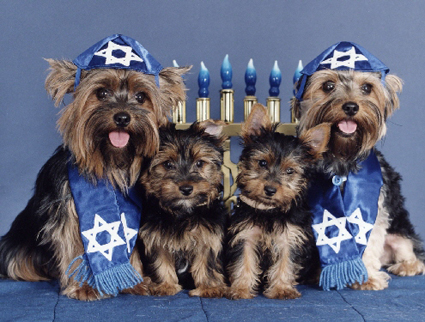 First, on behalf of all Jewish kids I want to thank Christianity for being born around the same time as Hanukah is celebrated. See, Hanukah is pretty much a back-bencher in the pecking order of Jewish holidays, down there with Gefilte Fish Grinding Day and Aggravation Oy Vey Days. There were no presents or decorations. BC Jews celebrated by lighting the candles, mainly because there was no electricity and they needed some sort of illumination in order to balance their books.

But since Christmas came around things became immediately much better for little Jewish yingele. Astute marketers figured if the goyim kids could score major gifts for their holiday, Hanukah was close enough that it should become a big tsimis, including not just one present, but eight presents…one for each night of the holiday. The kids would be happy, the merchants would make some shekels and parents could maintain their comfortable level of aggravation trying to come up with the goods.

This brings me to how it went down in my house. Rather than the eight gift gambit, we could choose one, big, ridiculously idiotic gift. I can think of three in particular. Two, I received, one, I didn’t because I asked the wrong person, which I’ll explain later.

My first was a three-foot long monstrosity called Bop Baseball. 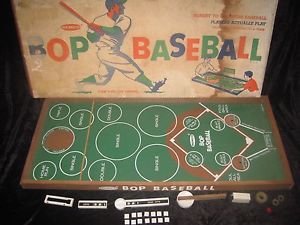 As you can see in the photo, Bop Baseball was equivalent to the old game of Nok Hockey in that it entailed whacking a wooden puck. The game proceeded depending on which circle the wooden puck landed. There were circles for singles, doubles, triples, home runs and outs. The problems were two-fold. One, the damn thing was so large my poor mother struggled to schlep it from the car to the house. Forget wrapping it. The second problem was the wooden puck was really like a doughnut with a hole in the middle. A couple of good whacks and the puck split in three. Bye, bye Bop Baseball.

My second regrettable choice was something called Shop King. 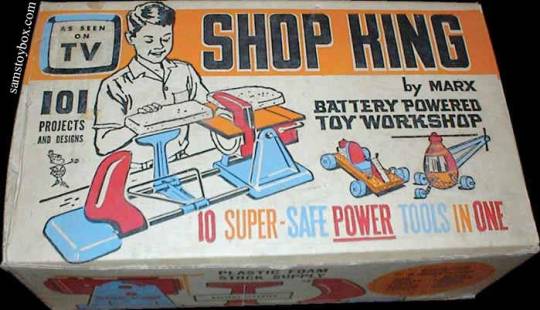 This overpriced mistake was made to look like a combination table saw, drill and lathe. But instead of wood, the plastic parts could cut only styrofoam. The problems lay with the fact that Shop King required about a case of batteries which lasted maybe 7 minutes and that the power they provided was so weak the tools barely made pock marks in the styrofoam. Throughly frustrated, I summarily deposed Shop King and banished it to the dungeon below my bed until one day it mysterious disappeared into the kingdom of Dumpster. 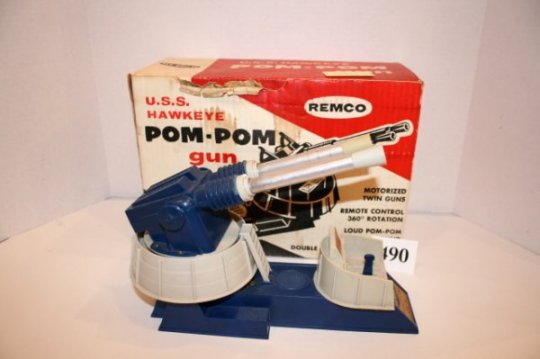 It looked very cool in the TV commercials and made enough noise to sufficiently annoy everyone in our 400 square foot apartment in Queens, New York. The glitch here was that was the year my mother decided I should visit Santa Claus at Macy’s in the Roosevelt Field Shopping Center in Westbury, Long Island. Now, I was only 6 at the time and didn’t realize there was no cross-promotional deal between Santa and Hanukah so I took my shot. “What would you like for Christmas?” Santa asked. “Oh,” I replied as honestly as I could. “I don’t want anything for Christmas. I celebrate Hanukah and I’d like a Remco Pom Pom Gun!”

Santa was not amused by this little tow-headed Jewish kid crashing his holiday, and grunted, “yeah, whatever. Next!” and sent me off his knee as fast as whatever projectile the Remco Pom Pom Gun shot.

Despite these traumas I always enjoy Hanukah. My Episcopalian wife makes the best latkes and matzo ball soup, my (grown) kids receive gifts that fit in their pockets (money), and I still remember all three blessings for the lighting of the candles.  No matter how close to Christmas Hanukah falls we give it its full due, and always make sure the Christmas tree isn’t too close to the menorah..and burns for eight days.