Welcome to 2020! It was just 20 years ago the world woke up with a big “WTF” on their minds and lips because the Earth was still spinning, Armageddon didn’t occur, and, most importantly, the clocks our computers told the correct time thereby avoiding a cataclysmic crash that would irrevocably destroy our lives, or at least the programming of our DVRs.

Yes..it was the cute little thing called Y2K, meaning year 2000, when, we were warned in the most dire terms, computers would not be able to handle the change from years that began in “19” to those in “20” and life as we know it would end.

As a CNN reporter back then, I was compelled to come up with stories bolstering this global paranoia leading up to the time when time was supposed to end. I was also given one assignment, which I refused, because it was idiotic.

First, the lead-up stories. The owner of a large produce market in a Detroit suburb contacted our CNN Detroit bureau desk and suggested we come out there to see how Y2K was already paralyzing his operation, weeks before the new year. The angle was, if they ran a person’s credit card that expired in the year 2000 or beyond, their entire point of sale system would shut down.

“Come out, we’ll demonstrate it. Great TV!” he told our assignment manager. So we schlepped out there, set up our gear, rolled the camera and told him to show us this horrible manifestation of Y2K. Smiling for the camera he dramatically swiped a credit card with a year 2001 expiration date. Nothing happened. Now, not smiling as much, he did it again. Same result. We’re silently calling bullshit, but OK, we’ll be patient. The guy insists this really happened, so he gets an employee to cough up his card with a post 20th century expiration date. Swipes it. Nope. It IS bullshit!

I tell him, “sorry” but his imagined Y2K nightmare was just that. A dream. Desperate for some CNN screen time, he begged us to come back tomorrow when he was sure he could get his new computerized cash registers to crash..just for us!

Urged to find still more Y2K angles, just to keep the hype up, and to provide the network with stuff to tease, we found a guy in Michigan who claimed he actually DISCOVERED the Y2K glitch and wanted proper credit for it. So, sure, we do the interview, and he’s pretty convincing,has all sorts of documentation and we feed the story. Gets pretty good play and we get happy words from the poobahs in Atlanta. Of course, the year 2000 happens, but Y2K disaster doesn’t. We contact the guy to do a follow-up. Suddenly he’s unreachable. Maybe he was the only one to vaporize…based on his convincing research, or course.

Finally, I get a call from our national desk asking me to take on a “super special, really important” assignment for the New Year’s Eve/New Year’s Day period. Here’s the deal. The network chartered a plane that would sit, ready, at Dallas-Ft. Worth International Airport. I was to sit, ready, at a hotel near DFW. If some horrible Y2K event occurred anywhere in the country, I was to run over to that plane, hop aboard and have it take me to that place and I was to file an instant story. It was a stupid idea and I begged off, in the most diplomatic way, saying I’m sorry, but I don’t speak Texan. I already had a long reputation of being a wiseass and so they sent a business news reporter based in NYC to babysit a baby that would never be born.

But here we are, 20 years later and I have to admit, I think about that time and how the world got sucked into such silliness.  I guess if we were living in today’s social media world we might have seen a meme of derision…like “Y2K, Doomer!” 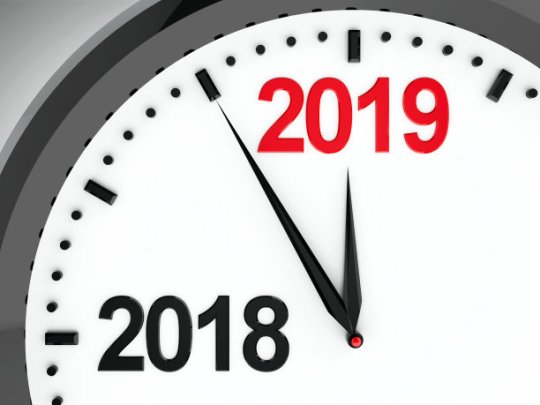 This time of year I look neither behind nor ahead. I look forward to the black hole known as the week between Christmas and New Years. Many folks use the week to take a nice vacation, escape winter or embrace the season and ski or sled or skate or roll around in the snow doing their spastic squirrel routine, which often follows ingesting many ounces of Yukon Jack.

For those of us who remain home, the holiday interregnum is a time to take a look around our houses, take in all the seasonal stuff we plastered everywhere, consider, in our case, both the tree and the menorah, and saying to ourselves, “holy crap. We have to put it all away.” It’s imperative to strip one’s abode of all signs of celebration by New Years Day, lest we be labeled “Holiday Lingerers.” You know who you are. Those people who leave their Christmas lights on their houses past Easter. Guess what? The Easter bunny doesn’t appreciate being greeted by another holiday’s gear. Not only does it piss him off, he swaps out chocolate eggs for ones made of nasty carob. That’s putting all your dregs in one basket!

For those of us who also celebrate Passover, a tardy decoration takedown yields a knock at the door from an incredulous Elijah the Prophet who testily asks, “what? you couldn’t get that schmuck Morty to move your holiday chazerei?”

During normal times when we don’t have lunatic as President there’s not much news to follow either. The POTUS and family go somewhere warm, members of Congress try to remember where they actually live and the government is basically shut down..because employees are on vacation…not locked out of their jobs because the Prez is taking a Twitter tantrum, telegraphing to the world he is, in fact, dumber than any episode of any TV show involving Tom Arnold.

I normally use the week to sort my stacks of Post-it notes, doing a jigsaw puzzle that makes a picture of air, and asking family members to fill in the blank for the sentence: “When I look at my ass in a mirror it reminds me of _________.” That’s a perennial favorite and generally elicits hilarious responses such as “Trump’s head with no hair,” “Two Half Harvest Moons,” and “New Hampshire and Vermont… if their edges were a little more rounded.” I can’t wait to hear this year’s responses. Don’t worry. I won’t share them with you…unless you beg. My readers always come first.

I try not to think about work, which is easy, since I’m mostly retired. My two freelance gigs are fun, don’t take a lot of time and I work from home, which means no office gossip or backbiting.

I did, however, spread a rumor about myself to the Walter White bobble-head on my desk that I tried to steal pens and Scotch tape from my wife’s desk. I could swear it warned me to “tread lightly.” Scared the crap out of me.

We don’t do anything on New Year’s Eve anymore because, frankly, we’ve seen a lot of old years become new years and, well, all it means is now I have to trash all my calendars and replace them with new ones. Frankly, it makes me sad to say goodbye to my “Pithy Marcel Marceau Quotes Day-By-Day” calendar. But now I can look forward to the “2019 Reasons to Rejoice the End of The Big Bang Theory” calendar. I looked ahead. January 1st? “Don’t have to go to shrink anymore to try to un-see Sheldon and Amy having sex.”

But that’s all just me. I wish you all a wonderful 2019. Now take down that tree!

When I left my desk Friday, it was the last time I’d do so in 2015. I made sure the wastebasket was emptied, coffee pot unplugged, piles of junk on my desk thinned to a few spare Post-it notes and the last crumbs from all the holiday cookies, cakes, brownies and peanut brittle deftly swept to the nether reaches of my 12×12 cell/office/workspace.

Now comes the hard part. What the hell do I do until I return in two weeks? Normal people relax. I could go on an actual vacation in a warm location where you spend  your time broasting your epidermis under the sun and tip anyone who so much as looks at you. Who knows? Maybe they’ll bring you a Jack on the rocks. I understand you don’t have to tip a lifeguard who saves you from drowning, although I value that service more than the bellhop who expects a gratuity for grabbing you a cab that’s already just sitting around awaiting its next fare. Actually, that kind of vacation wouldn’t do me any good since I’d never sit still long enough to cook evenly.

I could spend the next two weeks binge watching old episodes of a TV show I missed, but then again why would I do that since I apparently didn’t think enough of the show to watch it when it originally aired. Oh, wait, I’m already doing that. Paste the big L on my forehead.

I’m not a member of Costco, otherwise I would graze there all day snarfing down free food samples and snarkily asking people who buy 150 rolls of toilet paper if they have control issues or are they aspiring to become town criers. I’m not sure an unfurled roll of Charmin would make an apt substitute for parchment..but if you have 150 rolls who the hell cares? They were a great deal.

One person suggested I volunteer for something. Well..that would defeat the purpose of the break if I exchanged doing paid work for un-compensated labor. Don’t get snippy. I support several charities from the comfort of my debit card.

My wife has a reasonable list of tasks for me to do which I will complete by turning this into a drinking game. Vacuum the house, drink a beer. Clean the bathrooms, sip a Jack. You see where I’m going with this.

I’m sure by the time I return to the office I’ll wish I had even more time to fritter away by doing things like contemplating which game shows offered the best parting gifts. I always liked the lifetime supply of Spam, which you could use as lunch, or to patch bicycle tires.

When someone asks what I did during the year-end holiday break I’ll puff my lips, shake my head, roll my eyes and complain that I was SO busy I wish I had two MORE weeks. I heard Costco was giving out free cocktail franks.