My scalp is getting a little red from all the head scratching I’ve been doing this week. NBC suspends its main anchor for basically making up the details of a story and the anchor is lambasted as a journalistic pariah.
The host of a program that is a completely fictional “newscast” announces his impending retirement and that news is greeted in many quarters as the end of our current civilization. 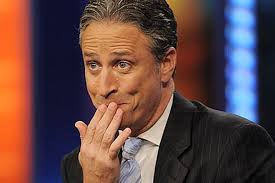 So let’s think about that. Real newsguy lies: bad. Fake newsguy announces retirement: worse
Now Brian Williams has been a very successful guest on a number of comedy programs exhibiting a sharp sense of humor. But is has to stick in his craw that among a certain segment of the population, Jon Stewart’s fake newscast is their main source of news.
Maybe, just maybe, the funny, suspended NBC anchorman was simply attempting to swim in Jon Stewart’s pool figuring fake news is the way to go to build an audience.
Apparently, his employer didn’t see the humor, or the irony.
Of course neither Jon Stewart nor Brian Williams cannot even begin to compare their volume of fake news with the utter fiction spewed regularly, for the past 20 years, by Fox. It always remains in my memory that moron ex-weatherman Steve Douch-ey once declared ex Michigan Congressman David Bonior was bounced from office because of his liberal policies, when in fact, Bonior chose not to run for re-election.
It doesn’t matter, really. America has decided that fake news is much more palatable and believable than actual news.
So why jump on Brian Williams when he was simply tailoring his product to the prevailing winds of public preference?
Can it be too long before CBS decides to upgrade its long-running program to “60 Made-up Minutes”?
Perhaps ABC will change its Sunday morning talker to “This Imagined Week.”
I can even see my alma mater, CNN, put the execrable Don Lemon at the helm of “Altered States of the Union.”
Personally, I’m going to relax about the whole thing. I haven’t actually watched a television newscast in ages, mainly because I can glean fake news much more quickly on Twitter and Facebook or the Onion. Afterall, when you want fake news, you want it right away..and that’s the truth.